With joint observations of particles, light and gravitational waves, astronomers can get a clear view into the most extreme events and exotic objects of the universe. 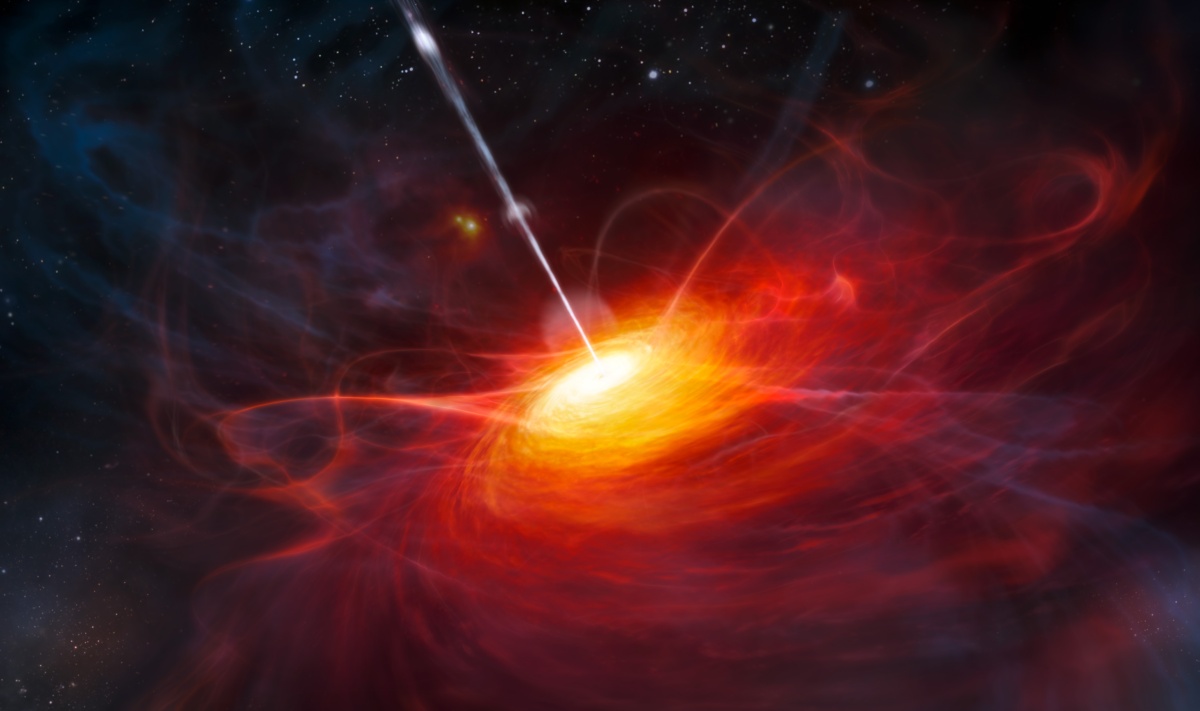 I was at the European Week of Astronomy and Space Science last month as part of the press and just like reusability is a term that everybody talks about in the spaceflight business, among astronomers there’s also a phrase that gets thrown around a lot: Multi-Messenger Astronomy, or MMA for those of you that can juggle six different abbreviations in their heads all at once, when reading scientific papers (that’s what the rocket scientists and astronomers got in common – they love abbreviations.)

The deal with MMA – not this kind of MMA, though – is that there are three types of “messengers” that reach Earth from interstellar and intergalactic space, besides the occasional ‘Oumuamua swinging by our neighborhood. These are:

On their own these messengers can teach us a bunch about the universe. Light shows us what the stars are made of, neutrinos unveil what goes on inside of stars and gravitational waves let us “hear” the final steps in the dance of death when pairs of neutron stars or black holes spiral in towards each other and merge in the end.

Combining the three messengers, though, can teach a whole lot more such as; how galaxies form, how fast the universe is expanding and what goes on inside of supernovae just to name a few. As one of several white papers on MMA puts it:

“Astrophysics will undergo a revolution in the 2020s as multimessenger detections become routine.”

It’s especially the progress in observing Particles and Gravitational Waves that causes excitement among astronomers. In August of 2017 the gravitational wave observatories LIGO and Virgo for the first time observed gravitational waves from two neutron stars colliding. The observation was designated GW170817, short for Gravitational-Wave 2017 August 17th.

The collision also created a gamma-ray burst that was picked up by the Fermi and INTEGRAL space telescopes. Later on, optical telescopes such as Hubble pointed its mirror toward the action, which was located in the galaxy NGC 4993.

Only a month later, on September 22nd the folks at the IceCube Neutrino Observatory in Antarctica detected a spike of muons in the 5,000 sensors that has been dug into one square kilometer block of ice (physicists and astronomers have the coolest toys, don’t you think?)

Neutrinos react with practically nothing because they are tiny even among their brethren of elementary particles and they aren’t electrically charged. You could walk around the Earth for 100.000 years and not get hit by a neutrino. Not even the sensors at the IceCube facility are finely tuned enough to detect neutrinos directly, since the particle won’t react with anything unless it slams directly into the core of an atom. So instead the scientists wait for neutrinos to hit one of the many atoms in the cubic kilometer of ice and this collision will produce muons, which is an elementary particle that… I will not go into here, since I would then dig myself into a hole of particle physics that we would never emerge from again, especially since I am not a particle physicist, and I’ve already gone on for waaaaay to long about those damn neutrinos, so if you have got nothing better to do, catch up on muons over on Wikipedia, but if you want to continue here, suffice it to say that scientists can learn a whole lot about neutrinos by studying the muons they leave behind.

It turned out that around the same time some astronomers had been looking at X-rays from a Blazar, which is an active galaxy that points it’s beam at the Earth, and if you ask yourself, what’s an active galaxy, the short answer is a galaxy with a super massive black hole eating a whole lot of gas and the long answer… well, go on over to Wikipedia if you’d like the long answer. Together, the scientists figured out that the neutrinos had come from the very same Blazar.

These two events are the most recent in MMA, but they weren’t the first. In 1987 a star went supernova in the Large Magellanic Cloud from which scientists picked up neutrinos and light and in the 40s astronomers were able to detect cosmic rays from solar flares.

But let’s press on.

Now that I got all the basics out of the way, I want to tell you how astronomy will become clairvoyant with MMA. Clairvoyance is a word that people, who have a rather liberal relationship with science, throw around a lot, but I think it is quite apt for describing the revolution that astronomers foresee MMA bringing about in astronomy.

So, remember when I wrote that neutrinos can go through basically anything. In fact, the supernova of 1987, SN1987A, was first detected by neutrino-observatories about two hours before light arrived. Now you might interject, but nothing travels faster than the speed of light and neutrinos have mass, so they must travel a little slower than light, so why are you spewing this nonsense? This is all true (except the part about me spewing nonsense) but since neutrinos are small and don’t react with anything they will traverse the plasma of the stars from whence they come without obstruction, while light bounces around inside of stars for hundreds of thousands of years before they reach the stellar surface. It takes light from our sun 200 thousand years just to reach the surface, which means that the sunlight you enjoy today was created around the same time humans learned how to control fire (according to some evidence).

Back in 1987, however, the spike in neutrinos did not trigger a warning to astronomers, so they missed the peak of the supernova-explosion and valuable science with it. In order to avoid missing out next time – a supernova only comes about once every decade in our galaxy after all – a network called AMON has been established, which will alert astronomers as soon as neutrinos cascade through the observatories or when gravitational waves stretch and squeeze the laser interferometers at LIGO and Virgo.

In that way, like clairvoyants claim to do, astronomers can pick up on events even before they become visible. In the same vein, with these extra eyes on the cosmos, we will be able to see much more clearly (clairvoyance literally means “clear vision”) what goes on inside of stars as they collapse and explode or when two neutron stars merge and accelerate particles to relativistic speeds.

What astronomers seem to be especially excited about in the field of MMA is LISA. LISA starts with the first two letters as LIGO since it is the same sort of instrument – a Laser Interferometer that will be able to detect gravitational waves. However, LISA will, as the Space Antenna part of her name suggests, be doing her gravitational wave observations in space.

LISA is also different from LIGO in another crucial way; she will detect a lower and broader range of gravitational wave frequencies.

This means that LISA will see the early phases of mergers, the part when, for example, two neutron stars cross each others paths, like two old time lovers, where one says to the other;

– Hey, I haven’t seen you since you were a protostellar disk. How about we grab a cup of coffee and catch up?

And the other, suddenly attracted to the old flame:

And when this date turns into a night out and the neutron stars decide to dance but haven’t had enough to drink yet to really go at it, so they keep that sort of awkward distance from each other that I’m sure you’re all familiar with – that’s when LISA will really pick up on them and, like a clairvoyant, will be able to predict at which point they will be done with the foreplay and get down to business.

So she will alert the astronomers on Earth and space telescopes in orbit about when and where to look at the neutron stars as they swing ’round and ’round each other, closer and closer, until they merge at last in a giant explosion that will be seen at the high end of the electromagnetic spectrum and possibly even by neutrino and cosmic ray detectors.

Neutron star and black hole mergers as well as supernovae are known as transient events, since the peak signal lasts for only seconds or even less and therefore prediction is key if you want all your instruments to be ready at the right time. LISA will be able to pick up on bascially any pair of super massive black holes that have started their dance of death. She will fill our skies with these dancers of extreme gravity while the multitude of white dwarf pairs will sound like background noise to her instruments, as she turns on the lasers sometime after her launch, which is scheduled for 2034.

This, along with the next generation of telescopes and neutrino-observatories, will make multi-messenger astronomy become routine and usher in the before-mentioned revolution in astronomy.